Gerald M. Edenfield, managing partner for the firm, is an experienced litigation attorney. Mr. Edenfield was born and raised in Bulloch County. Lessons on the value of hard work and the privilege of helping others were instilled in him from an early age as he was growing up on a tobacco farm in rural Stilson, Georgia. He has translated these early lessons into a successful, thriving law practice which has spanned nearly 40 years. After graduating from Mercer University Walter F. George School of Law in 1970, Gerald practiced law in Atlanta for nine years. While in Atlanta, he had the distinction of learning to practice law in the trenches with real trial lawyers. Before returning to practice law in Statesboro in 1979 with the law firm of Allen, Brown & Edenfield, he was a partner in the firms of Heyman & Sizemore and then Edenfield & Dailey.

In 1988, along with Susan Cox, Gerald formed the present law firm, Edenfield, Cox, Bruce & Edenfield. While he has enjoyed great success on the plaintiff’s side of cases, Gerald has also handled numerous cases for the defense, ranging from personal injury defense to business litigation defense. He has appeared in courtrooms around the state and country on cases ranging from complex business litigation, catastrophic personal injury, and education law issues. He regularly argues cases before the Georgia Court of Appeals and Georgia Supreme Court on issues ranging from insurance law to estate law. Despite his success in the courtroom, Gerald has also been very successful in negotiating settlements in excess of several million dollars. Additionally, he also serves as counsel for numerous businesses and public school boards.

Gerald is very dedicated to serving as a litigation attorney. He has served as president of The State Bar of Georgia, the unified professional association that governs the practice of law throughout the state. The State Bar’s membership includes more than 39,000 lawyers and judges. As president in 2007-2008, Gerald dedicated his term to increasing the public’s awareness of the judicial system, the importance of the roles that judges and attorneys fill in upholding justice, and seeking judicial pay raises for the state and federal judiciary. Prior to serving as president, Gerald served as the State Bar secretary (two terms), Chairman of the Legislative Advisory Committee, member of the Executive Committee, and as a member of the Board of Governors for nearly 20 years. Additionally, Gerald is a member of the prestigious American College of Trial Lawyers, a Fellow of the American Bar Association, and a “Super Lawyer” in Atlanta Magazine in 2005, 2006, 2007, and 2008.

Gerald and his wife, Sharon, have been married since 1968 and they have two daughters, Sharri and Kristie, both of whom are lawyers. They also have a son, Gerry, who is a senior at the University of Georgia. 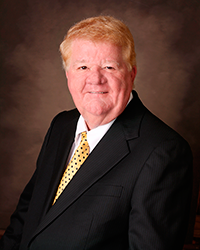 At Edenfield, Cox & Bruce, we understand that the satisfaction of our clients is the only true measure of the success of a law firm. Our goal is to serve our clients so that we can achieve their desired result and, in so doing, earn their respect and trust along the way. Having more than 100 years of combined experience allows us to serve our clients with most legal matters. We are here to help, from the very beginning stages of what life has planned for you and your family to the end and beyond. Let us be there every step of the way for you. Request your Statesboro legal consultation today.